The role of the Chamber is to represent and advocate business interests, promote economic growth and provide leadership in community affairs, while enhancing the quality of life for the citizens of the County.

What is The Raeford-Hoke Chamber of Commerce? 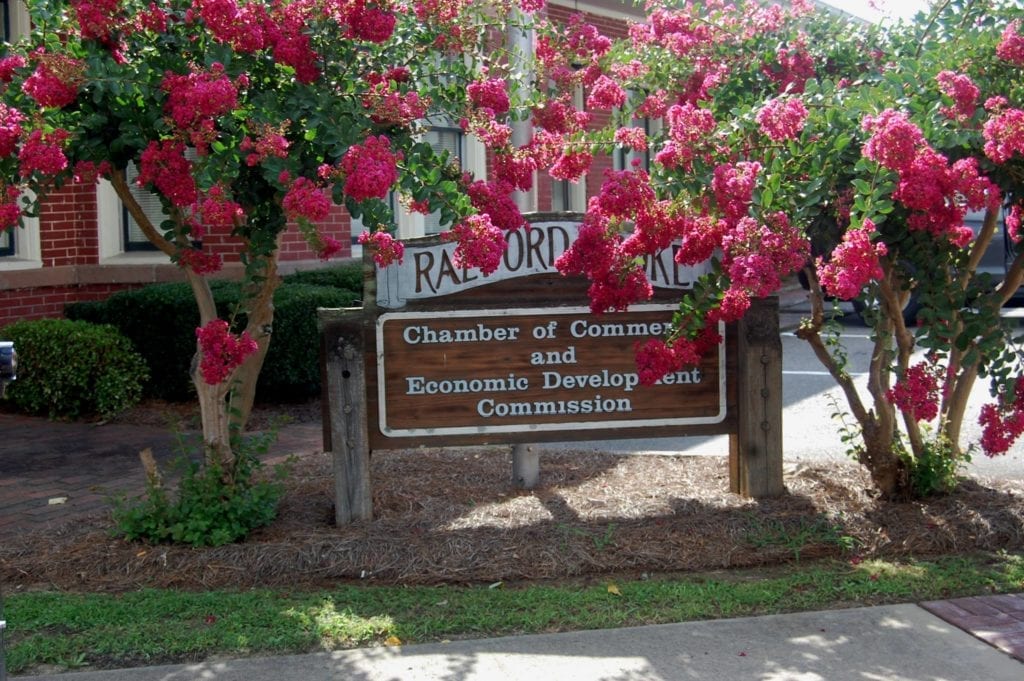 The role of the Raeford-Hoke Chamber of Commerce is to represent and advocate business interests, promote economic growth and provide leadership in community affairs, while enhancing the quality of life for the citizens of Hoke County. Our primary functions are to provide services that are effective to both its members and the community as a whole and to act as a spokesperson for the business and professional community and act on behalf of its members in a professional manner.

You are a big part of this community, and your membership in the Raeford-Hoke Chamber of Commerce is important. It is your interest and dollars that make it possible for the Chamber to represent and advocate business interests, promote economic growth and provide leadership in community affairs, while enhancing the quality of life for the citizens of Hoke County.

Your membership with the Raeford-Hoke Chamber of Commerce indicates your desire to help our organization grow and work together to meet certain civic and business goals. It also indicates your commitment to be heard, have a voice, and make a difference in our community.

About The Chamber & County

Raeford, North Carolina is located in Hoke County, North Carolina’s 99th county. The bill establishing Hoke County was enacted into law on February 18,1911, to become effective on April 3, 1911. It would be impossible to cover the entire history of all the events that have taken place to bring Raeford and Hoke County to their present level of growth and development. The community has grown and no longer
resembles the town that grew out of a need for educating children and transporting cotton to market.

For more information on the history of Raeford and Hoke county please visit local websites at raefordhokechamber.com, hokecounty.org, and raefordcity.org.

Opened by Aberdeen Rockfish Railroad Company from 1899 to 1950 for passenger transportation. In 1975 the depot closed and became the office of the Raeford Hoke Chamber of Commerce, Inc. 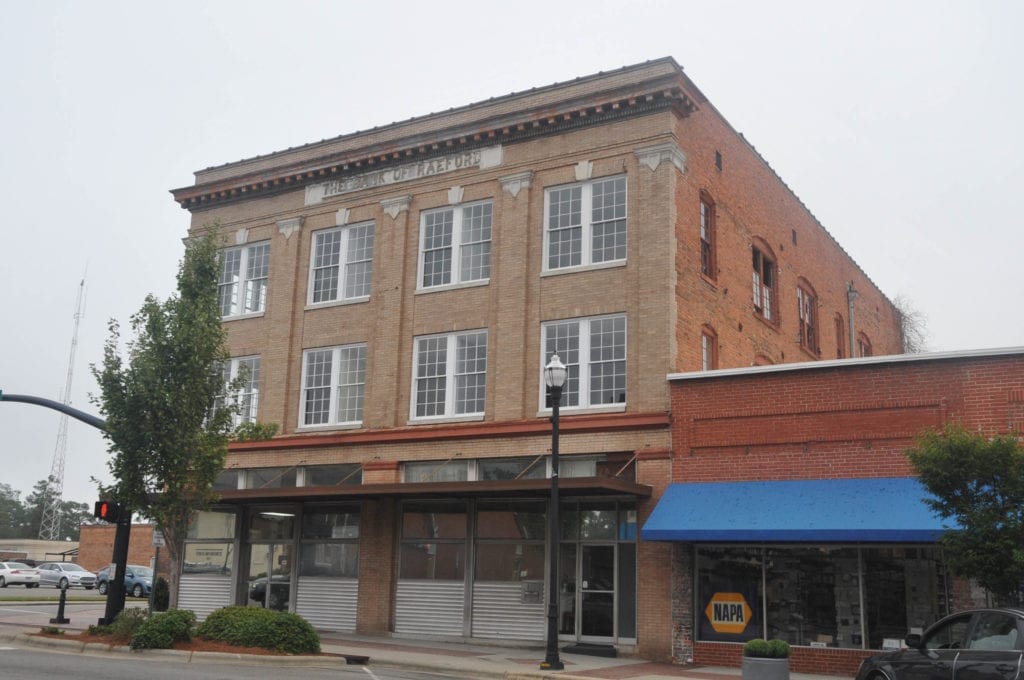 Working Hard For You

Chambers and Volunteers Work For The Community And You

All across the United States, there is change at work. From the congested suburban areas to the quiet agricultural towns, people from all backgrounds and occupations are working to make a difference in the future of their communities. Without the prestige of public office or the glamour of a corporate title, one will find inmost of the counties, cities, and towns a group of people dedicated to economic growth and community involvement. They are know as Chamber volunteers and staff. They form the backbone of the thousands of local Chambers of Commerce throughout the country.

The Chamber of commerce concept is familiar to nearly everyone’s ears, but far from widespread understanding. Chambers of Commerce are not just places to get tourism information, or a business information center; local Chambers typically are the key agents for change in a community, involved in planned economic development, educational improvement, legislative issues, networking, and numerous other services to not just their members, but their communities.

Chambers often are the first point of contact for visitors and traveling business people, serving as ambassadors for their communities. They are the liaison between the business community and local government, bringing groups together to work out issues of concern and maintain and improve the climate of doing business. They often are heavily involved in educational projects, community improvement programs and cultural and social events. In short, Chambers give life to the communities in which they serve.

Although most Chambers work closely with elected officials, Chambers of Commerce are not government agencies and committees. They are associations composed of individuals, firms, companies, and corporations that unite to serve their mutual business interests. Members pay annual dues—which typically are low enough for even the small business to join—in order to pay the costs of a staff and running the Chamber office. Non-dues revenues come form a variety of special activities including various Chamber—sponsored publications and events. The size of a local Chamber is as varied as the size of the towns and cities across the nation.

The local Chamber is an independent organization, but has as its resources both its state Chamber and the United States Chamber. Most Chambers pay dues to belong to both organizations, and keep its members informed of state and national issues.

Most state Chambers and the U.S. Chamber are more heavily focused on government and legislative issues than most local Chambers, which rely on both for legislative tracking and “action alerts” to spur grass-roots efforts on important state and federal legislation.
The mission of the three groups is the same; to enhance business opportunities for their membership.

The local Chambers’ strong point is their ability to have a real impact on the economic and social climate of their areas.

Working with state organizations and their local governments, local Chambers take the lead in plotting a course for the future development of communities. Although strategy sessions and the development of new contacts may begin at the state level, the real work of securing new development falls on local Chambers. They must market their communities and pave the way to attract new tourists and businesses, or allow existing industry to expand. They also often are called on to carry out new programs or projects developed at the state and federal levels in other areas, such as educational reform, implementation of technology, healthy workplaces, and leadership development.

For the many roles they play, Chambers of Commerce are vital to the prosperity of the areas they serve.

You are a big part of this community, and your membership in the Raeford-Hoke Chamber of Commerce is important. Join the Chamber today. 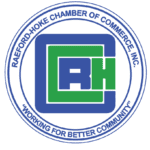